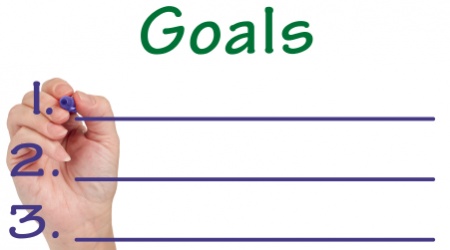 My coach, Ryan, and I want to GIVE AWAY 16 weeks of customized 1-on-1 coaching to someone who tells us their 16 week fitness goal in the comments section below. Anyone is eligible to win and all you need to do is tell us why you deserve 16 weeks of 100% FREE 1-on-1 coaching, which will give you access to TWO coaches, not just one.

If you could achieve ONE goal in the next 16 weeks, what would it be?

Do you want to gain more muscle? Do you want to lose more fat? How many pounds do you want to gain or lose over the next 16 weeks? What is your dream body fat level? What body parts are you going to enhance? What do you want your 1 rep max to be in the bench, deadlift and squat? What kind of goals do you want to achieve despite your crazy busy life and travel schedule? When do you want to get your Pro Card as a physique athlete? Imagine how much faster your fitness business would explode with an INSANE set of before and afters?

We prefer setting 16 week goals with our 1-on-1 clients because it’s a generous time frame to make DRASTIC changes in how you look, feel and perform, but it’s also not an overwhelming time frame to commit to. Sixteen weeks supports our belief,  Success Happens In Spurts!

So, tell us what your 16 week goal is in the comments section below.

Once you’re done, take it a step further – cut and paste your response, throw it into a word document, and PRINT IT OFF. Sign it. Date it. Hand it to a friend to hold you accountable. We believe that goals without deadlines are just dreams. We’re not interested in helping people hit their genetic potential, we’re interested in helping you BLOW BEYOND your genetic potential,and these extra steps are what separates the winners from the losers.

Heck, if you TRULY want to achieve your goals, put some blood in the game. Some of your OWN blood. How?

For example, you could donate $1,000 to the charity or political party YOU DO NOT SUPPORT if you fail to achieve your goal. Give the money to a friend before starting your goal to ensure you’re committed. I guarantee you’ll change your habits when you put some blood in the game with the “stick” method.

What are you waiting for? Tell us your 16 week goal below and give yourself the chance to win 16 weeks of FREE 1-on-1 personalized coaching with me and Ryan.

To be frank, if you’re not willing to *post* your goal, you might as well kiss away your hopes of ever achieving it… now is the time to step up and make it happen — Ryan and I are in your corner.

Can’t wait to read your goals below,

P.S. Posting your goal below might seem like a small step but it’s a very POWERFUL form of accountability. Be detailed with your goals. Something magical happens when you write out your goals in front of an “audience.” This is the first key to your success… tell us your 16 week goal by writing it below!

Trust me, this one step will get you fired up….  Good luck and don’t forget to add your full name below plus your email so we can contact you if you win!