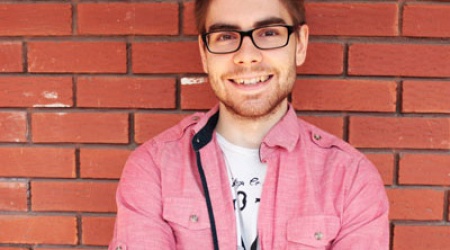 Last week I introduced you to my friend and nutrition nerd Nick Pineault. This week we continue our two part interview with Nick as he shares more of his vast knowledge on the subject of nutrition. ~Vince

Vince: Are you familiar with the scientific studies claiming to support the idea that increased meal frequency does not increase metabolism? Are you convinced?

Nick: Judging by the overall research, I think that meal frequency does NOT increase metabolism.

– This whole “more frequent meals increase your metabolism” comes from a misunderstanding of TEF – the thermic effect of food.

TEF is simply the fact that the action of eating and digesting food makes your body burn more calories, so we can say it “stokes the fire” or “makes your metabolism going”. The thing is – increased meal frequency does not increase TEF, increasing your overall calories does.

– Dozens of studies showed no difference in fat loss, metabolism increase or appetite on 3 meals a day vs. 6 meals a day (1)

– Decreasing meal frequency does not deregulate your blood sugar. In fact, it would take more than 48 hours of fasting to do so. (3)

– Dr. John Berardi – a very influential figure in the industry – and a bunch of other experts like Tom Venuto that used to consider 6 meals/day a religion have now admitted that “it doesn’t raise metabolism” more than 3 meals a day or other eating patterns. (5)

The bottom line: You can eat 6 meals a day. But it won’t raise your metabolism. If it helps you stick to your eating schedule and make the right choices without much stress, good for you.

But if the “6 meals a day” approach adds more stress and a possibility that you screw it up more often – try other approaches. As long as you eat the calories, macros and nutrients you need, you’ll be fine. Choose what’s more manageable for you.

Vince: What is “broscience” to you? Does it have a place in bodybuilding?

“Broscience” is a vague term that’s used these days to argue on forums, comments sections and Youtube comments on the Internet – and that basically dismisses any approach that is not “science-based” or “backed up by studies”.

Let’s differentiate the bad broscience from something we might call “open-minded”, or useful broscience.

Bad broscience: That’s when you try to explain someone that eating 6 meals a day does not in fact increase your metabolism, and that people that can’t eat that often will do just fine… and the answer you get is: “but Mike from my gym eats 6 meals per day and he’s ripped!”

It’s a very human thing to create a strong link between what we see working and trendy ideas that are popular these days.

Example: “This guy is ripped and huge, so he must be eating 6 meals a day.”

“That girl is lean, so she must use the treadmill very often and do crunches (of course everyone here knows that’s not the way to go but you get the point).”

Broscience becomes dangerous when it makes people close-minded about other approaches. Even if a guy you know has results doing one thing, this doesn’t mean it will work in your specific situation.

Useful broscience: Instead of waiting on dozens of studies to come out before trying a different approach (which will take years), you should consider everything you do like an experiment.

Eating 6 meals a day makes you feel stressed? Instead of sticking with an approach that doesn’t work for you, try eating 3 meals a day, and see what happens.

Some approaches that are not yet PROVEN by double blinded independent studies still work, and that’s OK.

Arnold and other legendary bodybuilders did not have access to all the information, science and endless debates of today in their times. And yet, these guys discovered by trial and error what worked and what didn’t.

And the thing is, a lot of people that are trying to convince you that a certain approach has been “proven” to work are too often plain wrong, because:

Look – we can speculate for hours on whether a certain approach is science-based or not. But that’s called making useless arguments and procrastinating.

Why not take what’s known to work as a basic guideline, and explore other possibilities? That’s how you grow.

Does taking care of your exercise, nutrition and lifestyle in order to achieve a greater body and health cause problems by default? In theory, no.

But we’re all humans. We manage stress and body image our own way, and I must admit that managing our mind isn’t such a popular topic these days (taking pills to solve that problem is a very popular solution though).

First, let’s look at some studies.

Judging by these studies, some bodybuilders have a poor self-image, bad relationship with food and have an obsession with muscularity.

But in reality, other bodybuilders have the right mindset, a great self-image and just want to build more muscle and look better because they feel like it. It’s their passion.

When we look at statistics from the general population, anywhere between 7 million (10) to 24 million (11) Americans are affected by eating disorders. That’s a lot of people.

Do bodybuilders add to that sad statistic in an exaggerated proportion? We’ll probably never know.

There’s a huge difference between following an extreme 16-week cutting diet to the letter before a contest – and then giving yourself some slack off season because you feel like it – than following the same diet for 16 weeks but feel guilty if you steer off your diet during off season.

Everyone stresses about food to some degree.

Avoiding eating disorders and stress all comes down to asking yourself: Is this decision worth losing my mind over? You’ll find that most of your internal debates are basically worthless.

Should you add 1 teaspoon of honey to your tea, or will it impair your metabolism because of the fructose content?

Focus on what really matters, like that food prep time you’re planning on Sunday to make sure you’re ready for the next week, or that cheat meal you want to be sure to plan on a specific day to maximize its effect.

Vince: Why does the IIFYM controversy create such an endless, over the top, insanely passionate debate whenever it is mentioned?

Nick: Because food is essential. We all eat. We must eat. And we love food.

I think a lot of people get emotionally attached with certain meals, certain ingredients – and for some folks their local fast food joint… hence the passion around the subject.

The debate is there to stay, unfortunately.

People will argue on this forever, because on one side, you’ve got the crowd that talks about the big industries making a lot of money, deceiving consumers with GMOs and creating addicting foods on purpose – while on the other side, you’ve got people that don’t want to think about it, talk about it or stress about it, and that love the idea that you can eat whatever you want.

I’d love to believe that last part too. I swear. But our food supply is really screwed up, so ignoring what we eat for the sake of reducing stress in our life is very dangerous today.

I prefer to get informed and to understand exactly what’s in my food. But that’s just me.

Some people read about how certain dangerous ingredients are in our food supply, and freak out about it. Or, they decide that it’s irrelevant – because it’s easier to think that way.

So – at the end of the day, making the right food choices can be distilled down to 3 things:

1) Access to food and budget – which can restrict your choices.

2) How well you manage your mind around bad food – do you obsess about those “forbidden” foods and feel guilty when you eat them, or do you accept that they won’t kill you?

3) How well you manage the quantities of bad stuff you eat – if you stick to the right choices 90% of the time, you’ll probably be healthy enough to ward off the 10% of toxic ingredients.

You can choose to ignore what goes in your food and stick to macros and calories. It’s a very good start.

But if you want to achieve better performance and health, and live longer, disease-free… you have to get informed and interested on the subject.

And here’s the time for my shameless plug. 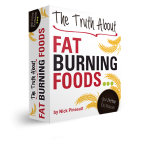 If you’d like to learn more about what foods will help you optimize your health and hormones, and what healthy foods are deceiving you, check out my latest best-seller, Truth About Fat Burning Foods.

Vince, thanks for letting me be part of your world.

Leave a Reply to dumb ways to die Cancel reply