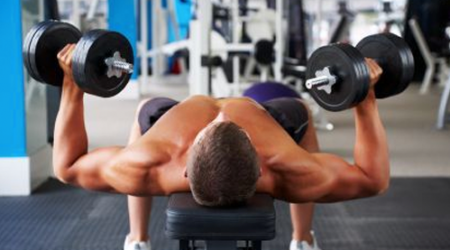 Tempo is easily the most neglected training variable — and one you can’t afford to ignore if you want to build serious muscle mass. I suspect the reason it’s neglected is because tempo is also the least understood of the strength-training variables (when compared to rest, sets, reps etc).

Tempo is another tool, just like reps, sets, rest periods, duration, and exercise selection, that can be periodized to maximize muscle gains, but it’s often ignored because most people don’t recognize or appreciate the importance. You can elicit completely different physiological adaptations by completing the same number of reps and weight but by varying the tempo. 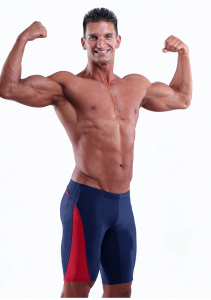 I teach the same four-digit system learned from my two mentors Ian King and Charles Poliquin, to represent the time it takes to complete the different phase of repetition.

The first number is the eccentric lowering, that is, when you lower the weight (e.g. the descent of a squat or lowering the bar during a bench press). A way to remember this is when the muscle is being stretched. During the eccentric phase of a repetition, the muscle is actually lengthening. So the “4” in a 4210 tempo would indicate 4 seconds to move from the top to the bottom of a squat or 4 seconds to lower the bar from the top to your chest.

The second number is the pause which occurs during the stretched position (e.g. how long you pause at the bottom of a squat or how long the bar rests on your chest when you lower it). The pause occurs between the eccentric and concentric portion of the lift. So the “2” in a 4210 tempo would mean you would pause for 2 seconds at the bottom of the squat or keep the bar on your chest for 2 seconds during a bench press.

The third number is the concentric contraction, that is, lifting the weight (e.g. rising in the squat or pressing the barbell from your chest to the top). In this case the muscles are shortening. So if you see a “1” in a 4210 tempo than you will take 1 second to rise in a squat or press the barbell to the top. Sometimes you’ll see “X” indicated as the third number in my program designs and this indicates to perform this part explosively.

The fourth number is the time of pause in the contracted position (e.g. the top of a chin-up or the top of a bicep curl).

Time Under Tension In Application

When hypertrophy is the goal, research and empirical data both tend to support the 40-to-70-second rule of thumb, which states that a muscle must be loaded within that time frame to optimize the hypertrophy response.

If maximal strength and hypertrophy is your goal, the duration of a set should not exceed 40 seconds, but for even better results should not exceed 20 seconds. The logic behind this is to recruit the high-threshold motor nits, which use the high-energy phosphagens as a source of fuel.

Let’s not kid ourselves here, shall we?

Mechanical energy is a great way to lift heavier weights so we can impress people in the gym. I’m guilty, too. I believe most guys make their load selections based on the impact it’ll have on others watching instead of the impact it’ll have on their body! Most guys ignore tempos because relying on mechanical energy offers “fools gold.” It’s a false sense of strength to feed our insecurities and our desire to stand out and “be someone.”

Listen, if your goal is to be the strongest guy in the gym, be my guest, but once the loads become so heavy that you lose your awareness of what the muscles are doing don’t be shocked when you experience poor results in terms of muscle growth. I have never been impressed when someone tells me how much they can lift because I have no idea what percentage of the lift is mechanical energy! Building muscle mass has to do more with the control of the speed than the load.

Don’t believe me? Look around at some of the top bodybuilders in the world – rarely are they the strongest guys in the gym -so take that lesson to the bank!

So What Tempo Is Best?

It depends on your primary goals!

Now you know why you can’t rely on rep ranges as an indication for the dominant training effect. For instance, training theory states that you should do 8-12 reps for hypertrophy but what if your 8-12 reps take less than 15 seconds because you’re practically swinging the weights? Then you’ll experience gains in speed and maximal strength, but not hypertrophy. Your tempo must match the training effect you’re seeking.

Ultimately, you must periodize all of the different speeds of movement as I prescribe in No Nonsense Muscle Building and Hypertrophy M.A.X. The real question is, “Which tempo should I spend the variety of my time with?” The answer is critical. This requires experimenting with different tempos to see where you respond best, and oftentimes the best tempo to start with is the one you’re currently not doing. So if your workouts are constantly a series of exercises banging out reps with lots of mechanical energy, start slowing your movements down. If your current workouts use a tempo that is so slow and controlled that you’re yawning, put some effort into the concentric portion. And always make sure the lowering portion is slower than the lifting portion. Changing this one variable will immediately increase muscle growth.

Another, rarely discussed reason I love including tempos in my workouts is that it helps my clients measure honest progress. Let’s say you increase your weights from one week to the next but you’re not using a standard tempo. How do you know if you’re actually getting stronger or just working harder? Heck, you could just be relying on more mechanical energy! That’s not honest progress.

You Don’t Need A Metronome

I’ve heard tempo criticized for being too complicated or too distracting… Are you kidding me? What else would you possibly be thinking about when you’re working out? It’s not like you’re daydreaming while you’re on a cardio machine. The entire purpose of tempo is to get you to concentrate on exactly what you’re doing — lifting! I will say, it takes a little getting used to, but keep in mind that the tempo is ultimately a guideline to better predict a specific training outcome. Just be conscious of the speed of movement you’re trying to achieve with each portion of the rep.

Probably the most powerful muscle-building tempo in existence – 4 seconds to lower, 1 second pause, 2 seconds to lift, 1 second pause. No need to set up the metronome next to the bench. Tempos are guidelines that help you be aware of every component of the lift, which results in a stronger mind-muscle connection, safer workout and volcano grade-like burns! Get ready for some serious muscle building gains!

I can’t stress this enough — it’s not so much a matter of finding the perfect tempo. Instead, find out the most effective way to periodize the different tempos and where to spend the most time based on your primary goal. If you’re interested in following one of my step-by-step programs to see how I periodize the tempo and other variables, grab a copy of No Nonsense Muscle Building today and don’t miss out when we re-open Hypertrophy M.A.X. in the near future.

Why do YOU think tempo is neglected by most trainees? Share your input below. 50 comments and I’ll get mistake #8 up!