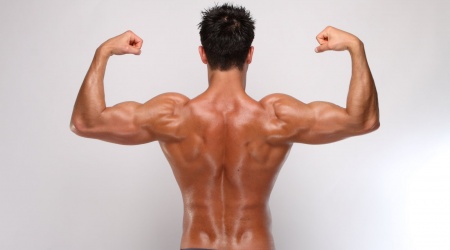 I was out with one of my close lady friends on Friday night and she was telling me about a recent trip to Chicago where two guys tried to pick up her and her friend in an elevator. I said, “So what happened?”

I realized that was the end of the story.

She stares me right in the eye and slowly shakes her head in grave disappointment and finally says, “You men need to learn how to step up your game!” I actually burst out laughing, probably because I thought to myself, “It’s so true.”

That conversation could not have been more timely because I’m in the middle of reading my buddy, Nate Green’s book called Built for Show that was just released today on Amazon. Built for Show is the first book to address young men on the prowl and it’s not only written for them but it’s written by one.

I always took pride in being one of the “young gun” fitness professionals on the scene but Nate takes the crown.  He’s only 23 years old and has been quoted in Men’s Health, and Stack Magazine and a regular contributor to Men’s Fitness and T-Nation.com.

Before you read any further, check out this 60 second video Nate did in the Las Vegas airport with a bunch of young ladies after he asked them, “What’s your favorite body part on a man?”

I talked to Nate on the phone the other night and I asked him why he was inspired to write this book and he said, “Guys work out to get girls, but most fitness media focus on building body parts women don’t respond to. So, really, most guys are training to impress other guys. Which is fine, if that’s your thing—you know, I have an ego, too. But there’s a whole different set of rules to play by if you want to build a body that automatically flips a girl’s attraction switch. And what guy doesn’t want that?”

I would agree.  Take a look at the current men’s magazines and notice what’s on the covers – not just the “muscle rags”, but all of them. You’ll see a ton of references to biceps, ripped abs, and a bigger chest. But those are three body parts women don’t really care about.  Nate will tell you that if you go back in time, you’ll find that women are biologically programmed to be attracted to men who show more status and dominance. One way to show that dominance is to have an imposing, strong body. But the cornerstone for this physique starts with the Goods. If you get the Goods, you can get the girl.

So what are the Goods?

“Biologically, the impression of strength…evolved from a verebrate-wide dominance posture used by fish, reptiles, mammals, and primates. To appear physically powerful, men and other males with backbones display expanded versions of themselves to loom larger than they truly are,” writes David Givens, Ph.D and author of Love Signals: A Practical Field Guide to the Body Language of Courtship, “Their size and silhouette when squared define a physically commanding posture called the broadside display.”

I decided to do some research on this myself and founda recent study in the Archives of Sexual Behavio also reveals that women are most attracted to mesomorphic men who have a hip-to-waist ratio of 0.9 and shoulders that measure 1.6 times the size of their waist; the classic V-shape.

And a study of thousands of women by psychologist David Buss confirms that women are universally attracted to men who offer physical protection.

So what is Nate trying to tell you?

Take a look at your training and ask yourself why you’re doing what you’re doing. I know this might sound sacrilegious, but maybe your quest for the ultimate six-pack, biggest guns, or becoming so big that you frighten small children aren’t the greatest goals for you after all. If you want girls, and you want a capable, athletic, muscular body, then Built for Show was written for you.

Since Nate is an up and coming super star (IMO, he already is), I wanted to help him out and give his book as much exposure as possible since his program is so closely related to mine.  Nate is huge believer in “classic bodybuilding” with full boy routines before the sport got contaminated with steroids.

I spoke with Nate and we agreed that in a few weeks, after you get a chance to read the book, we’ll have a 60 minute teleseminar and both weigh in on some fun topics like:

To get in on the call, YOU MUST, send an email to [email protected] with your Amazon order – this is a private call as a bonus gift from Nate and I for supporting his new book.

We’ll probably unmute the lines and take a few questions too so this will be a pretty fun conversation we have that you’re not going to want to miss.

For now, grab your copy of his book.  Nate even talks about how to pick out the right clothing to show off your body and includes a fall, winter, spring and summer training program.

12 thoughts on “Are You Built For Show?”