Despite an unhealthy childhood, Ben Pakulski knew his destiny the moment he began lifting weights. For 15 years he has been on a mission to do whatever it takes to become the most muscular man in the world. Now, on the cusp of greatness, he must confront the dark realities of bodybuilding and ask himself whether the sacrifices he must make are worth the muscle he will gain.

Mike Berg: I’m thrilled to have the opportunity to interview you today Michael. Let’s just jump right in. You’re getting ready to release your new documentary, Defined, in which you follow Ben Pakulski during his contest preparation for the 2015 Arnold Classic. What was your goal with the film?

Michael Del Monte: There were a few angles I thought about exploring, but ultimately it came down to wanting to just dive into the idea that a guy gets to the point in his life where he’s so close to achieving his goal and then he begins to question that very thing.  My goal for this wasn’t to try and make the best bodybuilding film of all time.

I just wanted to enter into that small window of time and see if I could challenge people with that question Ben was facing—is the muscle worth the sacrifice? There might be a sequel—I’ve talked with Ben about it and I would love to follow him for the rest of his career and see how things transpire, but for this film I just had that singular focus.

Michael: To me, what makes him interesting is that, although on the exterior there’s this muscular statue, there’s a real vulnerability because I don’t think that’s truly who Ben is, but rather who he’s created himself to be. He’s like so many great characters in any story; on the outside they appear perfect and enviable, but deep down—just like anyone else—there are vulnerabilities and weaknesses. 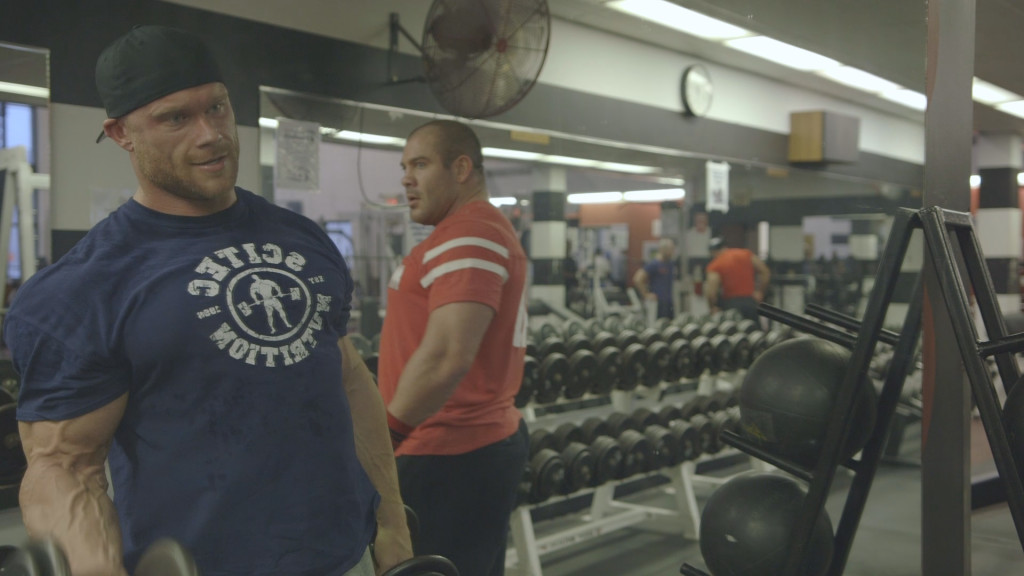 There were so many interviews I did with him where I didn’t get anything out of him—he was ice cold, almost. He was just kind of giving typical answers that he gives to reporters or to fans. It took time to build that relationship and for him to give me himself. I think people are going to see a side to him that they’ve never seen before and that, to me, is always important.

Mike: What is the psychology of a guy like Ben? What drives him to do these things and what’s the greater motivation?

Michael: Ben ends up getting trapped in this love/hate relationship. So many elite athletes express this feeling—they end up despising the one thing that they love more than anything.

Ben absolutely loves bodybuilding, loves the community, loves what it does, but now he’s stuck in this position where he has to think “how do I deal now, as I’m getting older, with some of the side effects, some of the consequences, that come with building this much muscle?”

So, even though it’s a short film, I think it delves into that—into the question, “Is it worth it? Is the muscle worth the sacrifice?” And I think for most fans that hear that question they’ll think “Hell yeah, absolutely it is,” right away.

But I think when you get to Ben’s situation it’s an interesting question to think about. How far are you going? How far is too far? What are you willing to give up? As any professional athlete who has to put all their time and money and heart and soul into this stuff knows, it’s real life—it’s a serious thing.

One of my favorite themes in all the films and projects I do is identity—who am I? And you look at a guy like Ben who, by all accounts, has everything together. He’s one of the best bodybuilders in the world, has a successful business, a wife and two kids, but he’s still struggling with his purpose.

Muscle makes you look physically perfect, but then you don’t see the real struggle inside. It’s the perfect example of somebody who appears to have it all together but they’re still struggling to figure out “Why the heck am I doing this; why am I missing my kids’ lives to pursue this selfish goal?”

Mike: What habits or rituals did you learn about Ben that makes him successful?

Michael: What I liked about Ben’s approach was definitely his entourage. Holding the camera and floating around the perimeter of Ben and his coaches, seeing them sling weight and yell at each other and restructure the workouts as they were going—it was pure business. I love that—that single-mindedness is one of my favorite things about elite athletes. 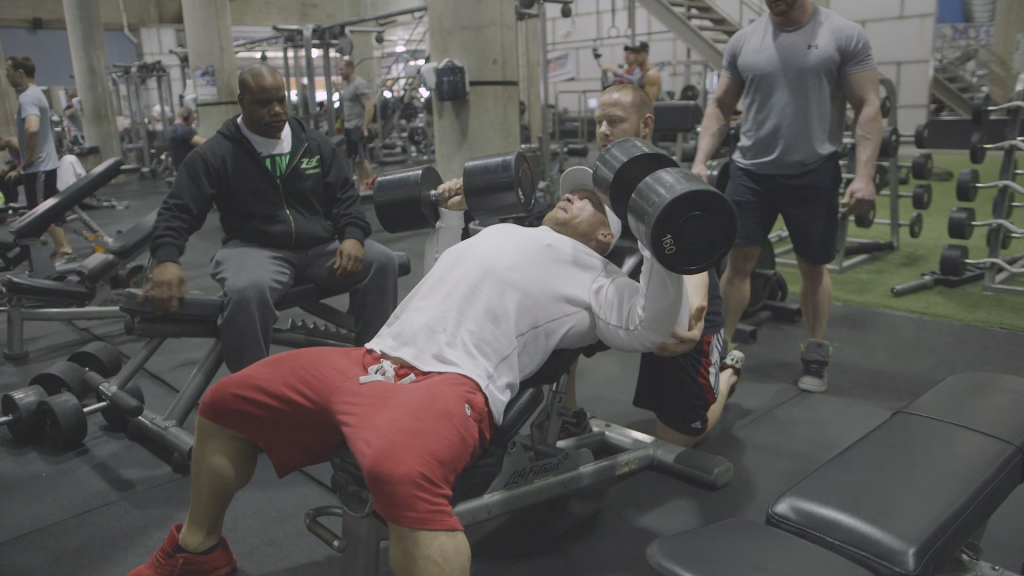 Even if it’s a sport that’s not particularly something I belong to, I just loved being in the circle and just feeling the energy of that no-nonsense attitude, like, we’ve got a goal and every decision we’re making is to achieve that goal.

There was no bullshit, no fluff. Once we got down to those final four or five weeks, don’t go and talk to him in the middle of the workout. There was a wall, like an invisible wall around these guys, and it was totally business, and I love that approach to life.

When I go into my own work, whether I go for a run or whether I’m editing or with my girlfriend or whatever I’m doing; I love that approach of, “I’m here now, this is what I’m doing, let’s go.” And that was probably the biggest thing I took away.

Mike: What do you think the appeal of the film will be?

Michael: I’d seen some of the popular bodybuilding films before making this and I was just really appalled by the lack of transparency. In a lot of the other films I’d seen, they kept it at the gym; these guys were meatheads, they’re big guys. And it just didn’t show me at all who these guys really were beyond the muscle.

For bodybuilders, there’s a message in there to ask yourself, “Why the heck are you doing this?” You’ve got to have that clarity of purpose because so many things are going to come up that, if you’re just doing it to sling weights and get a six pack or go to the bar or pool club and get that kind of attention, it’s going to wear off. That’s not a deep-seated motivation, it’s very superficial.

Not to say that building muscle is at all a bad thing—I think it’s a great thing. It teaches you a lot of great stuff like a healthy lifestyle and it’s good to have something in your life you believe in. I just think it’s very important that you understand what that’s doing for you, like how that is taking your attention away from other areas of your life and building you into a certain person.

I hope the film shows that a guy who’s got the Lamborghini for a body almost doesn’t think it’s worth it, he’s questioning it. So it’s worth it for everyone who does this to at least ask the question. 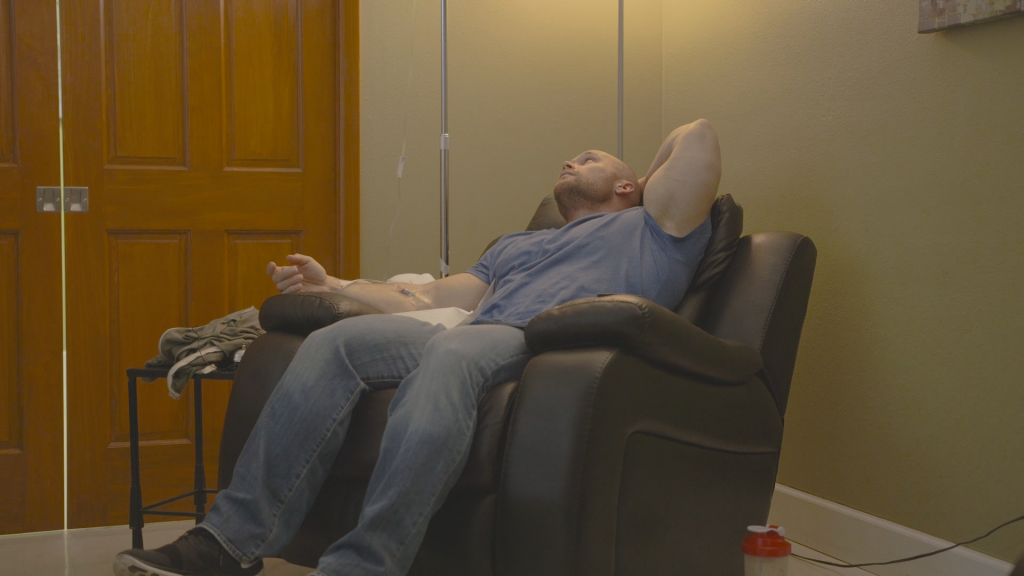 Mike: Thanks for taking the time to talk with me today; it’s been a real pleasure. Finally, we all want to know: When is the release date and what can we do to support this fantastic film?

Michael: Defined will be available digitally worldwide on August 7, 2015 and on Blu-ray/DVD before Christmas.

I’d love to hear feedback and I appreciate all the support! Make sure to stop by the Facebook page and leave your comment about what you liked, what you found interesting, and what you wish there was more of.

Mike: Mark your calendar folks! This is one film you definitely don’t want to miss. I was fortunate enough to see it early and I’ve watched it three times so far :).

4 thoughts on “Defined: An Interview With Filmmaker Michael Del Monte”