The nuts and bolts of what you need to know…
.

Psychologist Mihaly Csikszentmihalyi has coined the term “flow,” which he describes as the state in which humans are most motivated to perform a given task, as it takes a very specific type of task to promote us to perform at our absolute best. “Flow,” as I understand it, entails a state in which one attempts to stretch themselves beyond their current capacities with the goal of bettering themselves.

To my understanding, Csikszentmihalyi suggests that tasks that we believe to be too easy are ones in which we are not motivated to even bother attempting, as the reward for accomplishing them is simply perceived as not worth the effort required. On the flip side, we are just as little motivated to attempt to perform tasks that we perceive to be too hard, as we don’t trust in our ability to obtain success, and thus it’s also not worth our investment of time.

In between tasks in which we perceive to be too hard, or too easy, but still challenging enough to force us to stretch ourselves to our limits, are the ones in which motivation reaches its peak, as the tradeoff between investment of time vs. the perceived reward is at its greatest. It’s these tasks the he believes are the ones in which we should seek out, as they are the ones that will put us in a state of “flow,” which is where we do our best work, as things begin to “flow” for us.

If you’re a bodybuilder and need motivation this is a must-watch:

The Bell Curve – AKA The Inverted “U” Curve

We can draw a lot of parallels between “flow” and muscle building, but to do so, one must understand how a bell curve operates. A bell curve, much like Csikszentmihalyi’s definition of flow, suggests that on the outer ends of the spectrum, the return on investment will be lowest, while the middle is precisely where the return per investment of time is greatest. In the realm of strength training, this can be interpreted to mean that a load that is too light, or too heavy, will not be most beneficial (although for differing reasons), and therefore one should aim to find the load that best promotes the desired adaptation.

As it relates to mechanical tension, we know that the weight must be heavy enough to recruit as many muscle fibers as possible, but light enough to allow for perfect technique to be maintained to maximize technical proficiency while concurrently minimizing risk of injury. If the weight is too low, the muscles will be under-stimulated, and if the weight is too high, compensation is likely to occur by way of losing positioning and relying on other muscles to help contribute to completing the lift. Therefore, I believe that loads between 85-90% of one’s maximum, or one’s 3-5 rep max (RM) are best suited for building muscle with heavy loads, or also building strength. 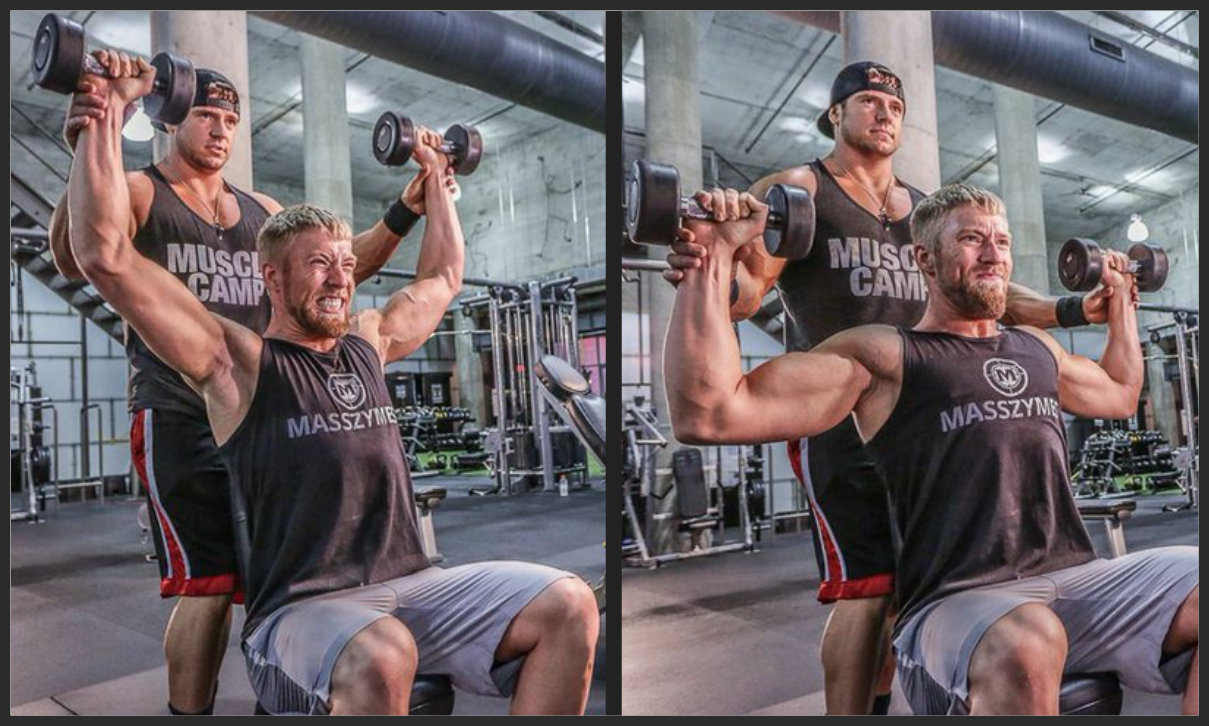 To maximize metabolic stress we want to keep the muscles subjected to constant tension, and anything that allows the muscles to disengage during the set is therefore counterproductive. Therefore, in this case, flow is achieved by performing the range of motion in which the primary muscles are under tension, and negating ranges of motion in which they are allowed to disengage – which in most cases are the end ranges of motion, and this is done in most cases by performing only the middle 80% of the range of motion (avoiding roughly the top, and bottom 10% of the movement).

Once again, a parallel can be drawn from motivational flow, to muscle building. In my opinion, the best loads to maximize metabolic stress are between 50-75% of one’s maximum, or one’s 10-25 RM – although you won’t be able to perform that many reps due to keeping the muscles constantly engaged, as the accumulating metabolic stress will undoubtedly impede performance.

The percentages above are arbitrary, and simply guidelines based on what I’ve found to be effective in years of “in the trenches” practice. Regardless of the mechanisms responsible for building muscle, it’s important to use the right loads to achieve the desired result. Too little, and you’re wasting your time. Too much, and you’re likely risking injury, or may end up compensating by instinctively relying on other muscle groups to assist with the lift. The right load for you will always be based on what it is you’re trying to accomplish, and to maximize progress one must use the best load for the job – the one which enables you to enter a state of flow!