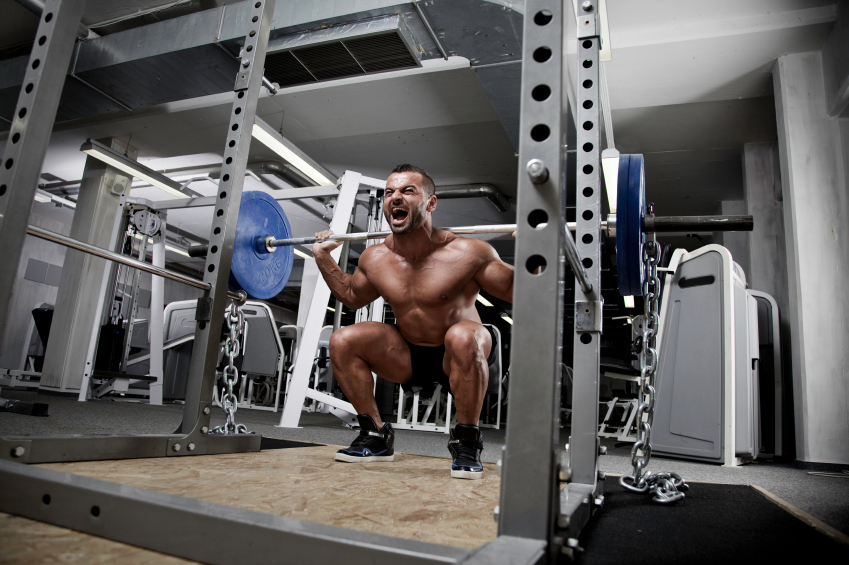 Find out the reason why bodybuilders are bigger than their weightlifting, and powerlifting counterparts – it has nothing to do with drugs, since they’re all using them anyways…

The nuts and bolts of what you need to know…

I’ve spent a lot of time recently talking about the importance of strength (link to the strength miniseries), and how it relates to building muscle, and is often the limiting factor in why most people fail to build the amount of muscle (link to part 4 of the miniseries) they desire (assuming other aspects like nutrition, hydration, and rest, are all intact). But strength, as it relates to building muscle, is just the catalyst. It’s the key that “can” unlock the door to you maximizing your potential, but that’s where it ends if you don’t use that key to unlock the door, and walk through it.

Your “capacity,” irrespective of whether we’re talking about building muscle or not, is nothing more than “potential.” A lot of people have potential, and a lot of people have failed to maximize their potential, because they wrongfully assumed that having potential was all that was needed to accomplish their goals.

In sports, athletes are drafted into the big leagues based solely on their potential – as there’s really nothing else for a team to base their judgment on, since these players have yet to play a game in the pro ranks. Some of these players go on to become superstars, exceeding their potential, while others are labelled as “busts,” because they failed to live up to their potential. The difference between the two is generally that the ones who exceed expectation put in the time and effort necessary to maximize their God-given skill set, while the ones who fail to meet expectation do not.

Maximizing Your Potential (to build size)

If it was all about strength, in terms of how much weight one “can” lift, then powerlifters, and weightlifters would have the greatest levels of muscularity, would they not? While some may be quick to argue that bodybuilders possess greater levels of muscularity as a result of greater drug usage, the truth of the matter is that athletes in all sports use drugs – not saying that all athletes use drugs, but that athletes that compete in virtually any sport have been caught using drugs. And while one could argue that bodybuilders simply use more drugs, how would that explain why natural bodybuilders still manage to possess greater levels of muscularity than their natural counterparts in weightlifting, or powerlifting?

Some may argue that diet is the determining factor, but do you really think that powerlifters, or weightlifters, whether they are natural or not, eat like garbage because they don’t value aesthetics as much as bodybuilders do? I highly doubt it, as they likely compete to win, and understand that nutrition is a part of the recipe to their success, and they likely will do as much within their power as they can to maximize their potential.

So obviously bodybuilders must be doing something different, right? Well, they are – and it is that they’re getting stronger in various rep ranges, not just in their 1 rep maxes (1RM), because increasing 6 or 8, and up to 20 rep max more effectively builds muscle than increasing 1 rep max. This is why I’ve placed such an added emphasis on strength as of late – being able to lift more weight for 1 rep, will increase your potential to lift more weight for 6 reps, or for 8 reps, or for 20 reps, as long as you adjust your training accordingly.

If you want to build size and strength here’s a great place to start:

Gaining strength using lower reps (ex. sets of 2-5 reps) will have a more direct transfer to improving a 1 rep test of strength and make you a lot stronger overall than gaining strength on higher reps (ex. sets of 8-12 reps), but significantly increasing your strength in any rep range, will undoubtedly make you stronger overall, while packing on size to your frame (as long as the training is supported with adequate nutrition, hydration, and rest).

Bodybuilders have continuously proved that you can build muscle with higher rep ranges, and by consistently training to gradually become stronger in any rep range, muscle will be built, regardless of whether or not you’re performing sets of 3, or 20 reps.

To further cement the concept that higher rep ranges build the most muscle, is it of any coincidence that powerlifters will generally perform higher reps for isolated movements when trying to correct any glaring muscular imbalances that may be limiting their ability to lift maximum loads? Often times, after the primary workload has been complete, powerlifters will rely on isolation movements, performed for higher rep ranges, to stimulate the targeted musculature to grow, while also giving the nervous system a break from all the heavy lifting.

There’s no way around the rule that building significant muscle mass requires getting stronger. But don’t misinterpret this to mean getting larger requires increasing your 1RM. Lifting more weight, for more reps, than what you’ve previously been using can, and should mean, increasing the amount of weight used for higher rep sets. This means increasing the amount of weight used for multiple sets of 6, 8, 10, or 20 reps, not singles, doubles, or triples.

There’s no way around the rule that building significant muscle mass requires getting stronger.

While training for maximum strength and size concurrently can complement each other, you can’t really maximize them both at the same time. This is akin to being a “jack of all trades, master of none,” which is one of the top mistakes that people make when embarking on a goal (link to the article in which I talked about that).

Training for maximum strength, and maximum size, each require a very different approach, and while solely focusing on building muscle can increase your capacity/potential to lift more weight, this simply happens in spite of the training – the same goes for training to maximum strength, in that it can increase muscle mass, it just won’t be as much as if you were training directly to build muscle. Therefore, to use the strength you have, and capitalize on your potential to build muscle, focus should be placed on increasing your 8-12 rep max for upper body lifts, and your 12-20 rep max for lower body lifts.

Putting maximum strength on the back burner, at the expense of training for size by getting stronger in the rep ranges described above will more than likely improve your 1RM anyway since, all things being equal, the more muscle you have, the stronger you’ll be. Maximizing your potential falls under the law of specificity, in that if you truly want to maximize your potential, you must adjust your training accordingly by training for that, and that alone.

What are your thoughts on getting stronger at a variety of rep ranges to maximize your muscularity? Have anything else to share? Let me know in the comments below!