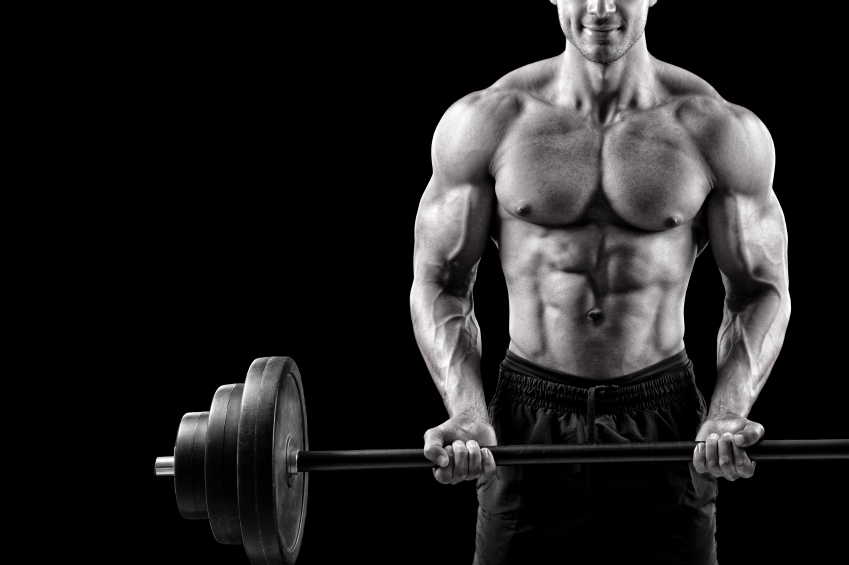 If you had a limited amount of resources to which you could put towards your results, wouldn’t you want to invest them in the stock which provides the greatest return? Find out what NOT to do…

The Nuts And Bolts Of What You Need To Know…

They say “methods are many, principles are few,” and in my time I’ve found this to be true (and no, that wasn’t supposed to rhyme). One principle that I’ve found to be invaluable in my time is that of “process of elimination,” and as it relates to strength and conditioning, many people begin their journey for one, or many, reasons, and in the initial stages they ask themselves a lot of the wrong questions which ultimately leads to subpar results.

What do I mean by wrong questions? Well, here’s a few:

And why are these the wrong questions? Because there is no “right” answer! In fact, often times there are multiple right answers, and not only does this confuse beginner and intermediate lifters, it also overwhelms them. This typically results in a lifter performing as many exercises as possible to avoid ‘missing out’ on any that may, or may not offer some potential benefit, and performing a seemingly unlimited amount of sets, through many different rep ranges, just to ensure their routine included both heavy and light loads, to guarantee that they not only get strong, but jacked as well. Unfortunately, things don’t work like this.

When More Is Not Always Better

The body has a limited capacity to recover, and if it is pushed beyond this threshold (which will differ from person to person), the end result will undoubtedly be compromised^1. If this limit didn’t exist, then it would be possible to just do more, and more, and get more, and more results, but we all know this isn’t the case. While the body will respond positively to being pushed to the limit, going beyond is of little benefit, and may even be counterproductive. This means that we essentially have a limited amount of what we can “spend” on our training, so we may as well spend wisely.

My childhood provides an analogy that some may be able to relate to – when I was a child, it was not uncommon for birthday parties amongst my peers to be held at a video game arcade like Chuckie Cheese. At such events, my friends and I were given an allowance from our parents that we had the freedom to use however we liked. Some chose to spend their limited supply on multiple different arcades, but I personally chose to invest my allowance toward the game that gave me the most pleasure, as I didn’t see it as a valuable investment to spend it on something that wouldn’t provide me with the greatest return on investment – in this case, any game that failed to bring me as much joy. I chose to invest in what made me happiest because I couldn’t fathom the idea of running out of money on games that may suck, and I wasn’t willing to find out (I just watched my friends blow their cash, and made my decision based on their experience).

When you look at training in this same light as having a limited amount which can be spent towards your goal, it’s easy to see the value of the process of elimination principle, and how it can help guide your decisions to bring you closer to your goal. Instead of asking the wrong questions like, “what’s the best __________?,” to which there may be many answers, a better option may be to use the process elimination.

There’s A Time, And A Place, For Everything

Out of all the bad decisions I see made on a daily basis, one that sticks out the most is the overuse of the “wrong” exercises being performed by the “wrong” people. Let me ask you, or rather, if I were to ask a hundred people of all different experience levels – what’s a better leg developer: the squat, or the leg extension, what do you think the unanimous answer would be? Do you think anyone would say the leg extension (even though it does offer some distinct benefits – like placing the quads under a great deal of tension in the knee fully extended position which simply doesn’t happen during a squat, regardless of the shearing force that’s applied)? Highly unlikely. But yet every day you’ll see guys with subpar leg development, who would clearly benefit from investing their training “money” on squats, banging out set after set of leg extensions, not realizing that they are spending their training budget on an exercise that simply will not provide the same amount of return as a squat.

In the case where the squat was heavily used at some point in the workout, performing multiple sets of leg extensions may only be pushing your body’s capacity to recover beyond its threshold – and we know doing so will likely be counterproductive. Some people may say “can I do both,” or “I already did squats, shouldn’t I do some leg extensions to isolate the quads?” Not if you have the capacity to pack on more muscle (assuming that packing on muscle is the goal).

This isn’t to say that leg extensions are worthless, or that any isolation exercise that offers less return on investment than a major compound movement involving the same musculature has no place in a routine. Not the case at all, but rather that there is a time and a place to invest in those movements – NOT when you have room to put more muscle on your frame!

I swear, one of the most aggravating comments I’ve ever heard is, “I do this exercise for size, and then I do these exercises for cuts”, as if a certain exercise is responsible for developing a muscle in a completely different manner than another one. Look, muscles only know tension, and it doesn’t matter if that tension is applied by pressing a barbell off your chest, or bringing two cable pulleys across the front of your body. If an exercise simply places tension on a different compartment of a muscle than it will contribute to its overall development, but whether that development appears to the naked eye as “ripped” or not is a reflection of your body composition.

There is NO SUCH THING as “cutting” and “mass gaining” exercises. This is complete nonsense.

All the “cutting” exercises in the world will do nothing in terms of making a muscle appear “shredded” if there’s a layer of body fat over top of it. I don’t know how many times I’ve seen and heard someone talk about how bench pressing builds size while cable crossovers give the pecs “deep cuts.”

Instead, if you want to get shredded try this short but intense fat burning workout:

If You Build It, They Will Come

Before you can “sculpt” a muscle, you have to build it first! This is where I see many beginner and intermediate lifters waste valuable time and energy – they invest their limited training budget on exercises that will not provide the greatest return on their investment, or they “overspend” in hopes that investing more will lead to a greater return. This is one of the single greatest errors I see, and if there is ONE THING I would want such lifters to get from this article, it’s that your time, effort, and limited training budget is best spent on the exercises that provide the greatest return per investment of time – AKA, the exercises that enable the most weight to be used, because they are generally the ones that allow the most size to be built.

Once the size is built, if the body composition is where it needs to be, then it is of much greater value to spend your training money elsewhere, because once the size is built you can then focus on other exercises that provide a great deal of tension on specific compartments of your muscles that may require it. But, without having an appreciable amount of size in the first place, what are you really “defining?” If you build the size, the definition will come.

Process Of Elimination – Know What Not To Do, And You’ll Have A Better Idea Of Know What To DO

So how does the principle of process of elimination play into this? Here’s how – instead of asking yourself questions in which there may be an abundance of right answers, ask yourself, “If this is my goal, what shouldn’t I do?” If you know that a certain exercise will provide less bang for your buck than another one, then why would you want to invest in it? I mean, imagine your results were your money – would you invest your money into a stock that may provide some benefit, but not nearly as much as another stock? I would hope not! So why would you do it with your results?

Biceps, Triceps, Calves = Focus on developing the larger muscle groups and these will naturally follow, much the same way that building a larger muscle will facilitate greater definition to be seen (as long as body fat is low enough)

Asking the right questions will do more in terms of providing accurate insight in providing guidance of what you should be doing, and the right question more often than not is to use the process of elimination. Instead of asking “what’s the best exercises for __________?,” ask, “what are the exercises I definitely don’t want to invest in today?”

Instead of asking “what’s the best rep range?,” ask, “what rep range definitely won’t contribute to the end result I desire?”

Instead of asking “what’s the best routine,” ask, “what would be the worst way to structure my training plan?”

Reframing the questions to incorporate the process of elimination will do a better job of setting you on the right path when in doubt, than asking questions in which there may be more than one right answer. There’s an old quote by Bruce Lee that goes something along the lines of – “adopt what is useful, reject what is useless.” The principle of process of elimination allows you to do just that by first rejecting what is useless, so all that’s left is (likely) useful!

““Adopt what is useful, reject what useless.” – Bruce Lee”

What have you adopted as useful and rejected as useless? Let me know in the comments below!