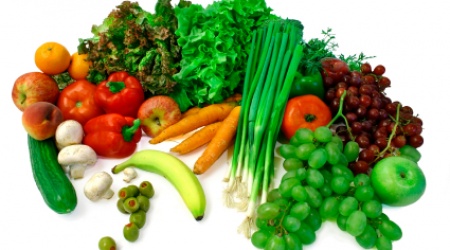 Can you really burn fat, build muscle, and get lean on a vegetarian diet?

During my recent travels to California with with my friend Craig Ballantyne who writes for Men’s Health magazine, we’ve been debating and I said to him:

“Show me just one guy who’s gotten lean on a veggie diet, just one!”

To be honest, I thought that would shut him up, but he came back with some darn good answers showing me you can be lean, athletic, and even build muscle without meat.

Heck, you can even fight like an animal and win bodybuilding contests!

Here’s Craig’s list of vegetarian athletes. It totally blew me away.

First, and most importantly to me, was Bill Pearl, the legendary bodybuilder. He became a vegetarian several decades ago (1969) and still managed to win the Mr. Universe title in 1971 without drugs or meat in his diet.

Then Craig told me about Carl Lewis. Lewis was once the world’s fastest man (winning the Gold Medal in the 100m sprints at the 1988 Olympics) and Lewis once said…

“Can a world-class athlete get enough protein from a vegetarian diet to compete? I’ve found that a person does not need protein from meat to be a successful athlete. In fact, my best year of track competition was the first year I ate a vegan diet.”

He told me about Mac Danzig, the UFC fighter who is ripped to shreds and who won season 6 of the Ultimate Fighter show on Spike.

I mean, if you can kick someone’s butt on a veggie diet while having single digit body fat and ripped six pack abs, then you’ve got my attention.

Definitely something to look into. After all, I’ve told you a million times about the importance of getting more fruits and vegetables and fiber in your diet.

And so Craig had his friend Kardena Pauza put together free meal plans for you – for both men and women.

Grab yours here and see what the diet fuss is all about:

Let me know what you think.

By the way, keep an eye on Kardena. I guarantee you she is going to be the world’s next female fitness superstar. Possibly even bigger than Jillian Michael’s (with my help).  Here’s a pic of Kardena and I from a recent visit to California. 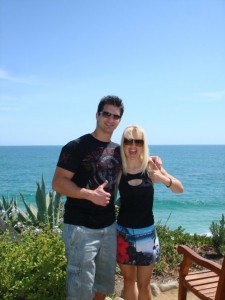 (I’ll be releasing a killer new fat loss system with her later this summer).

So that’s why I give Kardena’s vegetarian meal plans my HIGHEST recommendation. You can trust her for the best nutrition advice.

You’ve got nothing to lose. Get your free meal plans here:

Get your easy veggie meal plans and get lean,

I’m heading away for a weekend with my girlfriend up in Ottawa, the capital of Canada, and I’m going to try out Kardena’s easy veggie meal plans for at least one day. That’s all I’m promising 🙂

Go and get your copy here and try it out with me:

PPS – Don’t miss the videos of Craig and Kardena…I hear she gives him a real scolding in one of the videos about the veggie meal plan he tried to put together for himself!