All my life I had been skinny. 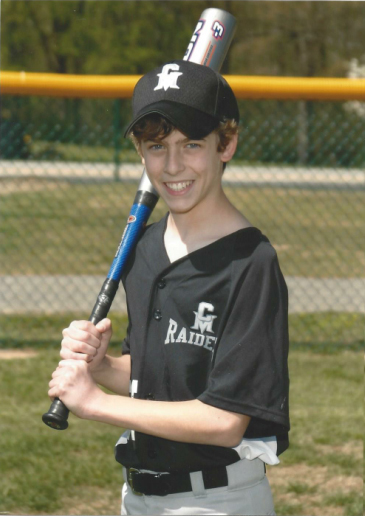 .
As far back as I can remember I was always the little guy. The worst part about it was that everyone had to point it out. I knew exactly what I looked like. I didn’t need anyone telling me that I wasn’t big and strong. I hated it so much. What I didn’t understand was that I didn’t feel like the little guy. From a young age I always had the mindset of a champion. I needed something to awaken it for everyone to see. It was time to make a change.

I remember the day I told myself I would no longer be skinny. It was at my high school at the end of sophomore year. This girl in my class came up to me and said, “Do you not eat at all? You’re so skinny!” Talk about killing my self-esteem. I was tired of waiting to see if I was going to get big. I learned that I was going to have to take matters into my own hands and work for what I wanted.

That night I google searched how to build muscle fast. After a few websites I saw a video of a guy named Vince Del Monte. I watched his intro video of No Nonsense Muscle 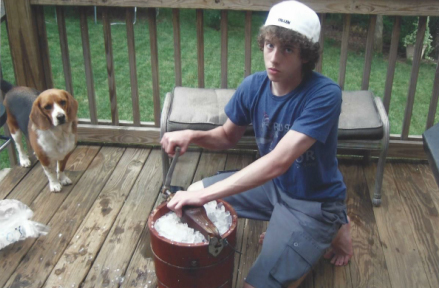 Building and his message related to me well. He was once skinny but became big and muscular. At one part of the video he says how he prayed to God to help him find a way to build muscle. I had been praying as well so I felt like this was what I needed to do. I felt like there was a reason why I stumbled across Vince’s video. Just a few minutes later I bought my first ever muscle building program.

The next day at school I told everyone that in 6 months I was going to be 150 pounds. Almost everyone I told that to thought I was trying to be funny. Once they saw that I was serious they told me that was impossible to do and I should spend my time doing something else. Their hate was my motivation.

When people told me I couldn’t get that big I looked at them and simply said, “Watch me.”

I knew this is what I wanted. I had the heart and mindset of a champion I just needed to look the part. I spent 2 months reading my ebook from No Nonsense Muscle Building. Highlighting and underlining key elements to make sure I understood everything so I could execute perfectly. I was going to get the transformation of a lifetime. I was ready to awaken the champion inside me that had been dormant for too long.

I started out weighing in at only 120 pounds, standing 5”10”, and only having 11 inch arms. I learned from Vince that what gets measured gets managed. As embarrassing as those numbers were, I wasn’t going to let them affect me because I knew they were going to change very soon.

The first month I started bodybuilding I was eating like crazy. I was that skinny guy that thought I ate a lot. I never understood why I couldn’t put on mass. Once I got my first meal plan I realized I wasn’t eating anywhere what I needed to build muscle. My starting calorie count was 3,000 calories a day. It was hard to get down at first, but once my training revved up my metabolism I was getting my food down with ease.

People at school started to notice my transformation. I was now getting asked, “Are you getting bigger?” What kind of supplements are you taking? Are you on steroids now?” The fact that people who were once making fun of my physique were now complimenting it made me feel on top of the world. I was finally starting to turn heads and get a physique that demanded respect.

I thanked them for the compliments and told everyone that I was going to be 150 pounds soon. This came as a shock to everyone and once again they doubted me. Saying how I’ll only get a little bigger then ill plateau just like everyone else. That was the kind of fuel I needed to prove them wrong once again.

I continued to get bigger. After 2 ½ months I had already reached my goal of 150 pounds! I started to see that the possibilities of my physique were endless. 2 more months after that I crushed 170 pounds. I felt like nothing could stop me. 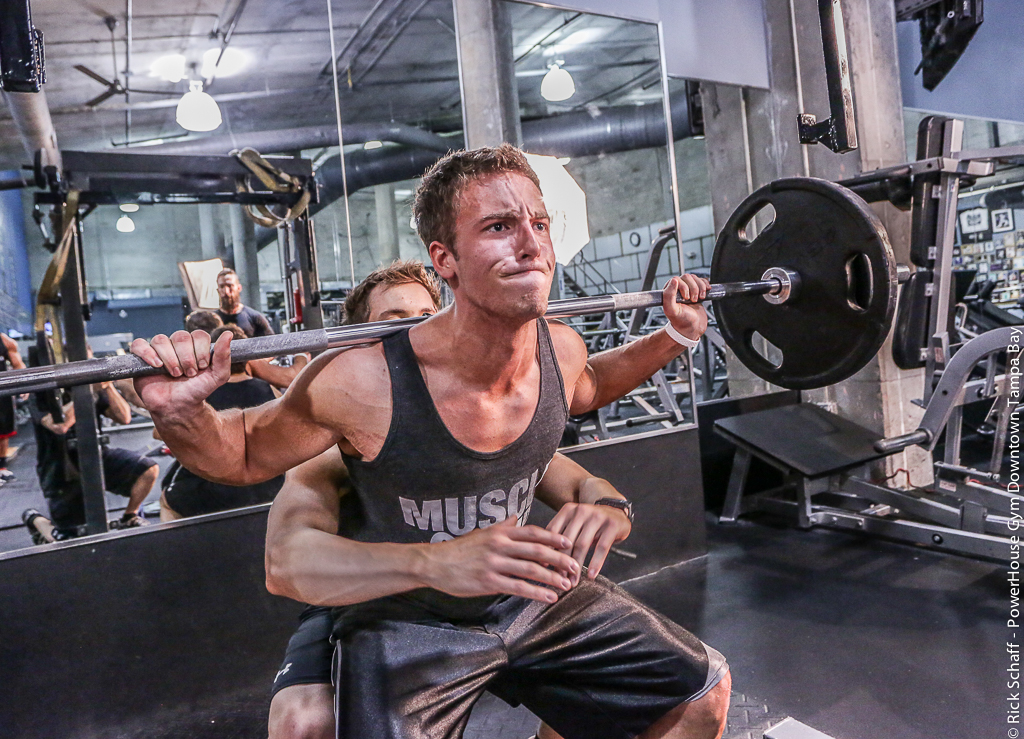 I came back from summer that year weighing almost 200 pounds! The first day of school people in my home room didn’t even recognize me. When they realized it was me I was overwhelmed with compliments and questions concerning building muscle. I was now the one everyone was coming to for advice. The best answer I could give was that I got this way from Vince Del Monte’s No Nonsense Muscle Building program. I did want to be a walking billboard for him and I would say I was doing a pretty good job. He taught me everything I know. It was up to me to see just how far I wanted to take it though. After that I started giving people the right knowledge to build muscle. I saw Vince’s dream of wanting to help people and I wanted to be a part of it.

Over the next year and a half I started cutting weight and started to become a more aesthetic looking bodybuilder. I leaned down to a cut 175 pounds with 16 inch arms! I was loving the results I was getting and the person I was starting to become.

I’m so thankful that I found Vince’s stuff at the age I was at. A teenage guy needs good role models in their life and Vince was mine and continues to be. While everyone my age was out partying and doing things they’re probably going to regret, I was at the gym training, and finding ways to better myself. I think God led me to Vince and his teachings for a reason and I’m thankful for that.

My bodybuilding transformation helped me on all aspects of my life. I became more confident. I used to be shy but now I was the one starting conversations. I became better in school. I think the biggest transformation I got and the one I’m most satisfied with, is that I now love to help people.

I now love to help people reach their fitness goals. I’ve developed a passion for teaching people how to build muscle and burn fat the correct way. There are too many voices out there and a lot of them are saying the wrong things. Vince has taught me the rights things and I will make sure others know of them as well.

.
I’m thankful for everything bodybuilding has taught me and everything I continue to learn from it. I’m thankful for all my friends and family that continue to support me throughout this journey. I can’t wait to see what comes my way next and how I will conquer it. Be the change you want to see in the world. Be a champion.